The story of The Atrium Lifestyle Centre starts with a piece of land in Gillitts that required a new vision when it was purchased by  the developer sometime in 2014 . The old house was neglected and run-down but the property ideal in terms of location and landscape to create a dream. The next few months involved much negotiation with architects, town planners, the municipality and other stakeholders to begin building.

Careful consideration was taken to preserve many of the old bricks of the house that now form a nostalgic entrance into The Atrium’s Coffee House and tell the visual story for all to see. Most of the existing indigenous trees were preserved and the Flat Crown tree in the centre of the property actually formed the centrepiece around which the entire building was designed. Over 20 existing azalea bushes were lovingly transplanted to form a colourful hedge on the northern boundary of the property and many others were moved to create focal points within the car park and entrance areas.

In addition to the preservation of the natural habitat, the developers also made provision for the storage of rainwater in an 180kl tank built beneath the gym area of the building which is able to irrigate the garden and serve all toilets in the building. 65 solar panels on the flat double story roof also provide all electricity for the building and a carefully designed building ensures that very little climate control within the building is required. The true inspiration of the building is the central double-story glass atrium which provides an aesthetically-pleasing work environment as well as a unique space in which to grow fresh ingredients for the Coffee House.

This building epitomised everything that is a dream and a vision and tells the story of how lifestyles can be truly renovated with a little creativity! 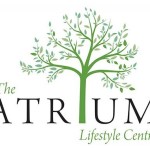